The two most in-form teams have reached the AFL’s biggest stage — and the experts say it’ll be a tight, high-pressure tussle at the MCG.

But both sides come in to the Grand Final with concerns: The Cats are sweating on the fitness of Max Holmes as he battles a hamstring issue while Sydney big man Sam Reid is under an injury cloud with an adductor issue.

The Fox Footy experts examine why the Cats and Swans both can and can’t win the premiership.

Watch every match of the AFLW Season LIVE on Kayo. New to Kayo? Start your free trial now >

LIVE BLOG: All the action from Geelong v Sydney

KEY INFO: What time does the Grand Final start in your timezone?

FULL GUIDE: Everything you need to know about the game

PREDICTIONS: Who wins Norm, first goalkicker and the unlikely upset

WHY THE CATS CAN WIN

Geelong has been the most dominant team of the year, finishing two wins clear at the top of the table as minor premiers.

The Cats’ best 22 is rock solid, with strengths in defence, attack and the midfield.

But it’s the versatility of the Cats that has ensured the side heads into the decider on a 15-game winning streak.

Mark Blicavs has been dubbed the most “unique” player in the game as he’s played in every role this season. Ruckman Rhys Stanley can head back into defence to free up the likes of Tom Stewart for an intercept mark.

Fox Footy’s David King says the Cats’ ability to use players through various positions across the field is allowing their top midfielders to stay fresh – and that’s why they are running out the games better than anyone in the competition.

“All the rotations for Geelong are used on their midfield,” he said on AFL 360.

“They are high burst, ready to roll, get back out and get busy.”

The likes of Swans Callum Mills (107 minutes) and Luke Parker (108 minutes) are getting less rotations on the bench.

“They are getting one rest per quarters to (Geelong’s) two per quarter – we know who ends up fresh.”

Since Round 22, Geelong is +49 points in final quarters while Sydney is -17 points.

King said it’s that ability to keep midfielders fresh that will be the difference if Geelong is in touching distance at the final change.

“If it’s even at three quarter-time, they’re leaving. The Cats are going to run all over the top of them,” he said.

“The Cats haven’t lost a final quarter since Round 6.”

Geelong is ranked No. 1 in the past six weeks for:

– Opposition scores per inside 50

WHY THE CATS CAN’T WIN

Sydney’s pressure game is its weapon – and it’s also the Cats’ “kryptonite”, according to Fox Footy’s Leigh Montagna.

The Swans have been bringing a pressure rating of more than 200 in opening terms this finals series, setting themselves up for victory.

“If you don’t bring the pressure against Geelong, you’re not going to beat them,” Montagna said on AFL 360.

“If they bring the pressure and get after the opposition, they can win this game.

“(Sydney) dive on boots, they get the job done.

“This is going to be a bit challenge for Geelong if they can absorb it.”

For the Swans, when their pressure rating is above 180, they are 12-1 this season.

BUDDY READ: In final game of AFL’s most famous deal, Swan can prove he’s worth it

LONGMIRE READ: How Swans mastermind flew ‘under the radar’ to inspire quick bounceback

LONGEST KICK: Which AFL superboot launched it furthest across the Yarra?

TEAM NEWS: Who made the squads for the big game?

WHY THE SWANS CAN WIN

The Swans have reinvented themselves to be one of the most balanced line-ups in the competition.

The old heads of Lance Franklin, Sam Reid, Tom Hickey and Dane Rampe are balancing out the excitable youth such as Chad Warner, James Rowbottom and Dylan Stephens.

Then there’s the likes of “firestarter”, Tom Papley who is ready to provide the Swans with the energy needed to kickstart their game.

Since Round 17, Sydney’s pressure rating in opening quarters is 201 – a “crazy” number, according to Garry Lyon.

But the key on Saturday will be to bring the ball to ground to get the premiership victory.

“(Cat) Tom Stewart is probably the best defender in the competition – it’s going to be so important for the Sydney forwards to get the ball to ground and limit his influence,” Brown said on Fox Footy’s On The Couch.

But that shouldn’t be an issue for the Swans as their smalls are the most deadly in the competition.

They are ranked No. 1 for forward 50 ground-ball wins, tackles inside 50 and shot efficiency. Statistics show they are also ranked second in the competition for tackles.

Together with Papley, the Swans have a host of smalls who can hit the scoreboard including Isaac Heeney, Will Haywood, Warner, Errol Gulden, Parker, Mills and Rowbottom.

Sydney got the win when the two teams met earlier this year – their only clash in 2022 – in a match that made history as Franklin recorded goal 1000.

And we can’t overlook the fact that Tom McCartin has the wood over key Cats forward Tom Hawkins in recent times.

Hawkins has kicked just four goals in the past three contests he’s had with McCartin – including two back in their 2020 clash.

Since then, McCartin has conceded just single figures in the following two contests with Hawkins.

Sydney is ranked No. 1 in the competition for:

Sydney is ranked No. 2 in the past six weeks for:

WHY THE SWANS CAN’T WIN

Described as a “coaching masterclass”, Geelong’s ability to get a man free without having to give up a contest will be the key on Saturday.

With the Cats’ versatility through ruck duo Rhys Stanley and Mark Blicavs, teams are having to contend with the ‘resting’ ruck in defence, allowing someone like a Tom Stewart, Jake Kolodjashnij or Sam De Koning to drop off and take the intercept mark.

“Instead of having a lumbering ruckman around the ground, let’s be honest have no impact on the ground in general play … Stewart gets out the back as Stanley takes the opposition centre half forward,” King said.

“We haven’t seen this position ever at AFL footy.

“This is why they are impenetrable down back.

“They don’t have the sacrifice to get the loose (player) – they sacrifice a position of absolutely no influence in general play and that’s Rhys Stanley.”

“Their ability to get numbers quickly back in line with the ball is the reason they are the best team in the competition from defending turnovers,” Fox Footy’s Nick Riewoldt told On The Couch.

“You can see the work from the half forwards and the mids. They buy the time (to get back in defence).”

With Sam Reid under an injury cloud, the weight of the ruck battle will fall on the shoulders of journeyman Tom Hickey – but that’s not a bad thing for Sydney.

Hickey, now at his fourth AFL club in a fourth state, has proven to be one of the recruits of the past few years.

Garry Lyon described Hickey as being in “career-best nick” while Riewoldt described the ruckman’s form as “unbelievable”.

In Sydney’s two finals matches in 2022, Hickey has been the No. 2 and 5 ranked player for the match – such has been his dominance.

“You can argue he’s been the best pick-up in the last five years of any club, if you go pound for pound,” Fox Footy’s Jonathan Brown said.

“His influence on that football club has been unbelievable.”

It could have been Peter Ladhams coming into the Swans’ line-up if he hadn’t had a “brain snap” in the VFL weeks ago. Ladhams was slapped with a hefty ban for his late bump, and it’s ultimately cost him a grand final.

“What was he thinking?” Brown questioned.

“Unfortunate for Peter Ladhams and the Swans – he was an important player early in the year. He would have absolutely been playing in the Grand Final – he’s got to pay the price and live with that.”

While there’s been plenty of talk about the likes of Tom Stewart, Tom Hickey, the McCartin brothers and Tom Papley, it’s the man dubbed Sydney’s “glue man” who holds the key to the match.

Co-captain Callum Mills went to Patrick Dangerfield back in their Round 2 match-up.

And the Cats star was held to his lowest output for 2022 (aside from injury) with just 13 disposals.

And when his team needed him against the Magpies in the preliminary final, it was Mills who silenced Pendlebury and it was Mills who got back in defence in the final term when Collingwood were surging.

Jonathan Brown added: “He is symbolic of that Bloods culture at Sydney.

“It’s investment in the team. He’s able to go in a number of different roles across the ground.”

It’s likely Mills and fellow co-captain Luke Parker will share the role on Dangerfield, after Parker went to Jordan De Goey last match and shut him down.

“Between him and Mills, they can control and exploit the other way which is rare for a midfielder,” Riewoldt said. 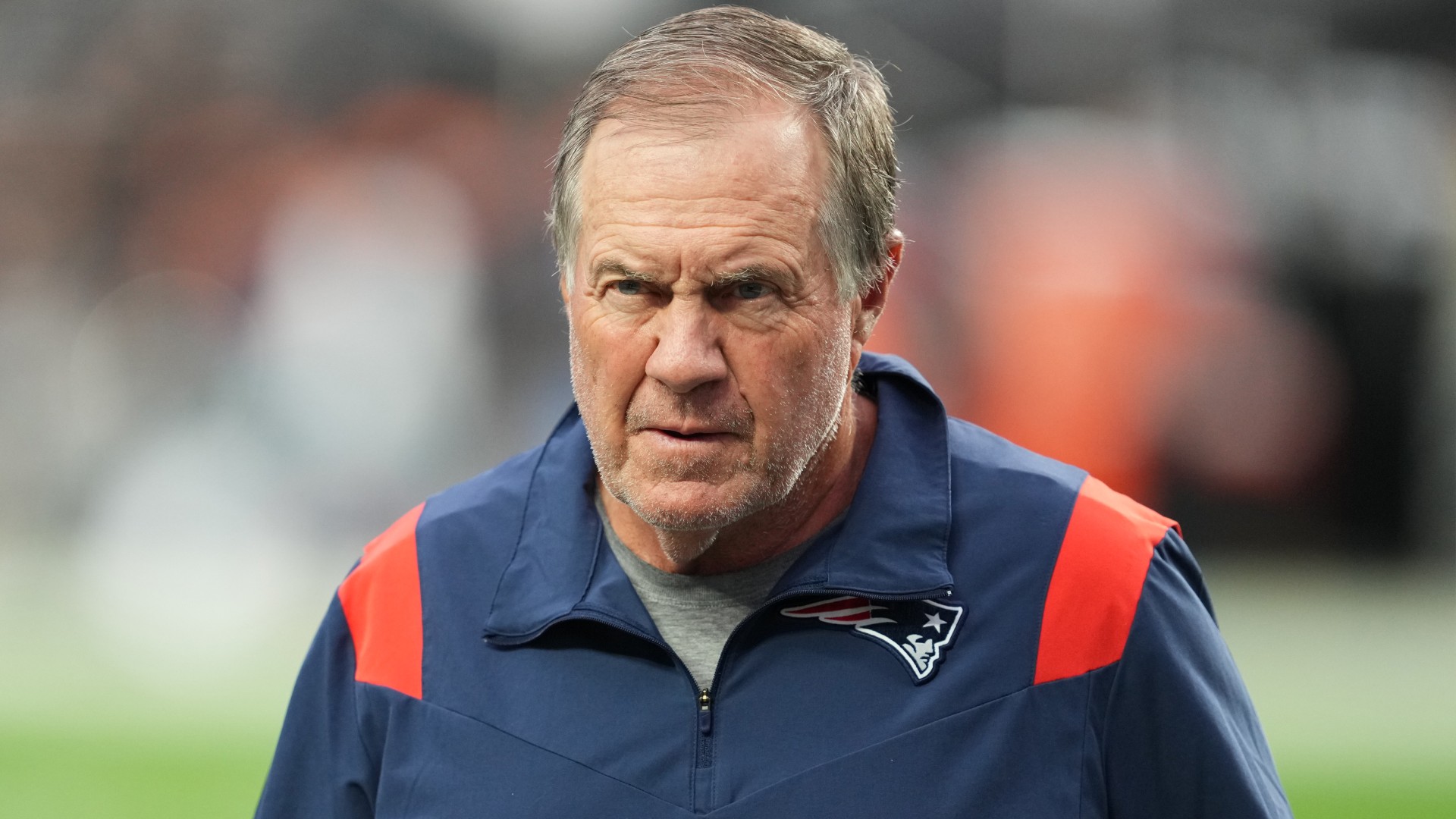 Updates on impact of the sports world, including Buccaneers game, college football schedule